"It's a two-hander with only two actors in the whole film," he says. "It is a very odd film, really. Two people in space. No monsters. It's more like 2001 than an action film."

But with Clooney teaming onscreen with Bullock for the first time, Gravity will likely have no trouble pulling 'em in. "Sandy is the lead," he says. "And she is beautiful in it. We have known each for way over 20 years. It's fun to work with her."

There is an added attraction to be had: The chance to see two of the most popular actors in the universe in 3-D.

It's a feature that Clooney sounds somewhat less than thrilled with ."It is the first time I've been in 3-D and, hopefully, the last time. " Not that he's seen the results. "It's not near ready yet. They just showed the first cut to the studio. " 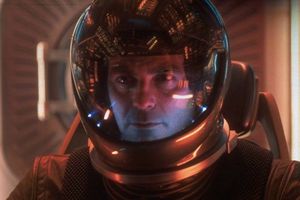